Try the Babylonstoren Babel, which might get you talking about the quality of South African wines, July 2019

A Sparkling Wine that Punches Above it’s Price Level, November 2018

South African wine may not be the next big thing but it deserves to be, July 2018

These 5 bottles show just how exciting South African wines can be, July 2018

Where to Find the Best South African Wine, February 2019

2018 Neal Martin, South Africa Report
2017 Chardonnay – 95+
“Kevin’s Chardonnay has always been the standout for me, unequivocally one of the best in South Africa and very Burgundian in style, seriously up there at Premier Cru level.”

2017 Tim Atkin, South Africa Report
2016 Chardonnay – Wine of the Year, 96 Points
Kevin Grant is a Chardonnay wizard who seems to have an innate feel for the variety. This is even better than the 2015 (and there aren’t many wines that can be said of), showing a lovely combination of spicy oak, mid-palate texture, citrus-like acidity and a long, mealy finish. A Cape Chardonnay with Burgundian levels of complexity. 2018-24

2015 Pinot Noir – 91 Points
The second official release of Ataraxia Pinot (previous vintages were sold at the cellar door) confirms the promise of the 2014. Pale in colour, minty and refreshing, with plenty of perfume and light-bodied red cherry and pomegranate flavours. 2017-19

2017 Wine Advocate South Africa Report
2016 Sauvignon Blanc – 91 Points
2015 Chardonnay – 93 Points
2015 Pinot Noir – 92 Points
2015 Serenity – 91 Points
“As I have mentioned in previous reports, South Africa has a dynamic wine industry, one whose tectonic plates appear to be shifting every 12 months. It is a country and an industry of contrast and contradictions: black and white, rich and poor, tradition and enterprise; wines that are unquestionably world-class down to wines that go straight down the sink. South Africa is everything in between. What this report focuses upon are the quality-motivated producers, the ones that deserve attention.” – Neil Martin’s prologue to his South Africa Report 2017. (Neil included and rated all four of Ataraxia’s wines in his report – an admirable achievement.)

Why You Should Be Drinking South African Chardonnay Town & Country, June 2017

Try the Babylonstoren Babel, which might get you talking about the quality of South African wines, July 2019

From Farm to Estate in Cape Town’s Winelands Forbes, February 2017

Each Specification Sheet is available as a single page document.
Select the vintage name to download the PDF. 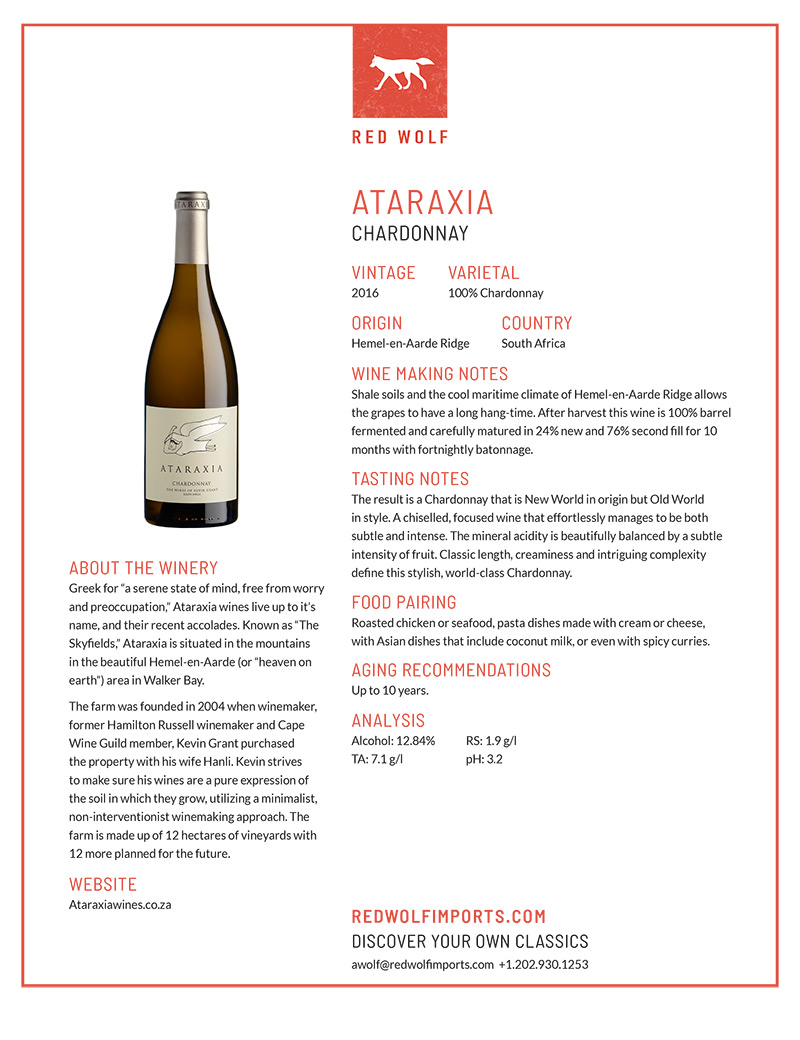 Each Shelf Talker is available 6 per page to minimize your printing costs.
Select the vintage name below to download the PDF. 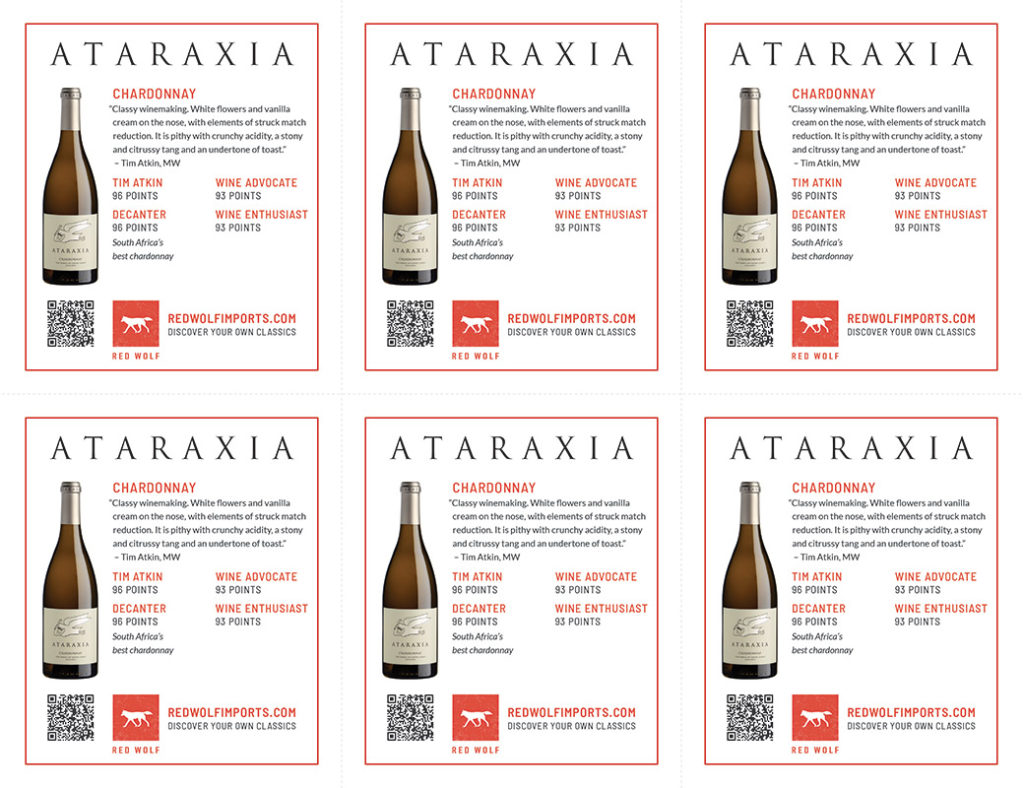 It’s impossible to know everything about every wine from every region around the world.
Let your importer be your guide.